Nnamdi Kanu, leader of the Indigenous People of Biafra (IPOB) has descended angrily on Rivers State Governor, Nyesom Wike, after the latter insisted he is not Igbo.

Oriental Times reports that Governor Wike Thursday, in an interview with publisher of Ovation magazine and veteran journalist, Dele Momodu stated clearly that though the Ikwerre people – his tribe – has some sort of cultural affinity with the Igbo people, he is not an Igbo person.

Wike clarified that his name “Wike” means a “newborn baby” in Ikwerre and not the “powerful child” some individuals misconstrue it to mean in Igbo language.

The governor’s statement was met with mixed reactions as a lot of people, especially members of the proscribed Indigenous People of Biafra argued that he (Wike) is an Igboman whether he likes it or not.

In same vein, IPOB Leader, Kanu, in response to Wike’s submission via his Facebook page said Wike is not a human being while expressing disappointment.

I’m not igbo man, I’m a Niger Delta Man, even if you convince me that I’m Igbo I will not accept because Nigeria constitution says I’m not igbo. ~ Wike

————————-
And he is supposed to be a lawyer. Sometimes education in Nigeria can be a curse. Wike, you are a Niger Delta man indeed and if I may ask what was your father and his father before him? Are you not older than Niger Delta and if that is the case, who were you before your adopted slave name?

I weep for the sycophantic morons that still ignorantly refer to you as a human being. Fulani Janjaweed may be as dumb as their diseased cattle but at least when it comes to selecting certified idiots to occupy political offices in the South, they are excellent at it. 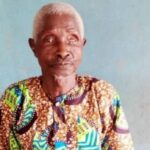 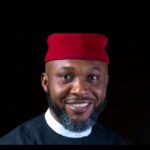