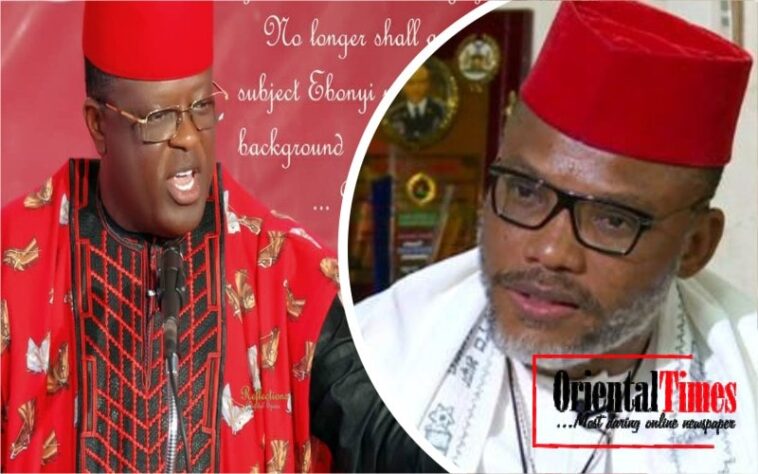 Ebonyi State Governor, David Umahi has mocked the leader of the Indigenous People of Biafra (IPOB), Nnamdi Kanu, over the sit-at-home order declared by the proscribed group.

In a live broadcast to commemorate his six years in office at the old Government House, Abakaliki, on Saturday, Umahi described the directive of IPOB as an act of foolishness.

He asserted that freedom fighters should not be outside the country and vomiting rubbish, advising Kanu to come to Nigeria and dialogue with the governors.

Umahi stressed that nobody can stop the movement of Ebonyi people in the State and any trader that refuses to open his or her store on Monday would forfeit it.

He said: “You should not be outside the country and vomiting rubbish. Freedom fighters should come down to the Southeast, let’s discuss.

“This no movement order is foolishness. We will not go into any form of slavery. There will be free movement throughout today, tomorrow, and ongoing.

“I have banned all forms of procession apart from the one organised by the Local Government Chairmen as they are profiling our people.

“On Monday, the market must be operational. Any trader that refuses open will forfeit his or her store.”

On the issue bordering on security, the governor regretted that some people of the South East region were contributing to the present security challenges facing the zone even as he warned against divisive and misleading utterances by Politicians in the South East.

He warned youths of the region to avoid being brainwashed to cause mayhem in the State.

“These six years have been very challenging. The devaluation of the naira and turbulent economy. God has never left us. We must thank the late Gen. Sani Abacha for the creation of Ebonyi State.

“We must thank the security agencies. We thank them for the sacrifices they are making. I promise to do everything possible to support them. “The dreams of our founding fathers have been realized. From November, we will roll out our drums to celebrate. We are postponing it to November.

“President Buhari is good to Ebonyi State and we are not afraid to say it. We are grateful as Ebonyi people. Phase one has started. We are grateful to God for that project. Abakaliki and the entire State will never be the same any longer.” 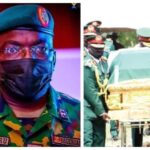 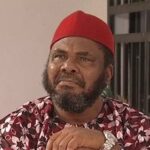