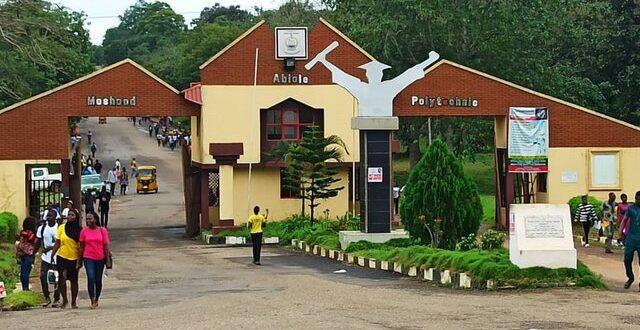 At Moshood Abiola Polytechnic in Abeokuta, members of the Non-Academic Staff Union and Senior Staff Association of Nigerian Polytechnics have protested.

The employees who had been walking around the school’s grounds proceeded to the administration building and then blocked the door.

The workers, on Wednesday staged a protest over the non-payment of their  three months  salary, among others.

Armed with placards with various  inscriptions such as ‘Enough of suffering and smiling’, ‘Implementation of minimum wage’ and ‘Pay our pension deduction’,  asked the government to come to their rescue.

The workers who walked around the school premises,  went to the administrative block and later  blocked the entrance to the school.

They called on the government of Ogun State to take over the running of the school, following the failure of the management of the school to meet up with its mandate.

The Chairman of  SSANIP, MAPOLY chapter, Dada Olalekan, said the workers had no future working  with MAPOLY due to   the manner with which the school was being administered.

Olalekan said, “The reason we are here is to demand for our entitlements.

“As I speak, nobody has a pension future here. If anybody retires tomorrow, there’s no future or pension for that person.

“The last promotion that was done in MAPOLY was in 2019; 2020 t0 2022 promotions are still in arrears, the appointment promotion has not been done since 2019, colleagues in other institution have overtaken us because of promotion and appointment.

“The government should take account of MAPOLY and start to pay us as it is being done in all other states like Oyo State.

“Oyo State has more higher institutions and they pay all their salaries before 25th of every month 100%.”

Corroborating his colleague, the Chairman, NASU, MAPOLY branch, Kolawole Sopade said MAPOLY is being run like a private institution were the only source of revenue is school fees.

He said “The salary we are talking about now, if we collect it, there is no assurance that we will collect another salary in three months based on the JAMB and NBTE quota they gave to us.

“If we enroll students now with limited quota they gave to us, and the limited school fees they are going to pay, there is no means of survival after March or April, that is why we are calling on government to come to our aide.”

The Public Relations Officer of the Polytechnic, Yemi Ajibola, could not be reached as of the time of filing this report .

The Site News is online top world valuable news website, We bringing you News in Entertainment, Politics, Sports, Education, Health,Tech & Lifestyle.
Previous Six Students Are Suspended After Being Caught Having S*x in a Hotel in Lagos, Principal Denies Cover-Up
Next Hearthbreaking: Young Man Who Came Home For The Christmas Celebration Found Dead Inside His Car In Anambra (Video) 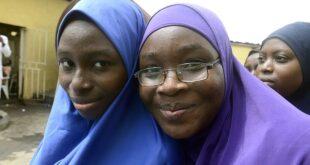 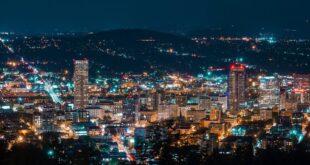 The University of South Carolina: Programs, Ranking, and Courses 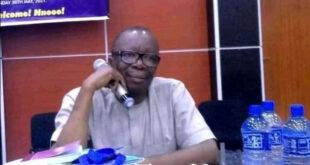 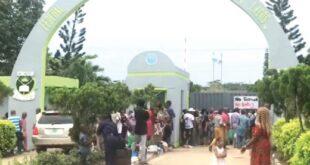 Six Students Are Suspended After Being Caught Having S*x in a Hotel in Lagos, Principal Denies Cover-Up

After some students were seen having sex, the authorities of the Federal Government College in …