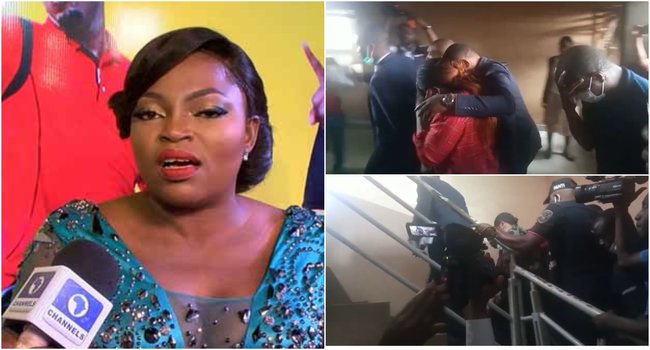 Nollywood Actress, Funke Akindele and her husband, AbdulRasheed Bello popularly known as JJC Skillz, have pleaded guilty to a one-count charge of hosting a gathering of over 20 persons, contrary to the social distancing directives of the Lagos State Government.

The actress and her husband were arraigned on Monday at the Samuel Ilori Courthouse of the Magistrate Court in Ogba, Lagos.

The charge against them is made pursuant to the Regulation 8(1a &b) and S 17(1) of the State’s Infectious Disease Regulation 2020.

According to the regulation, anyone found guilty is liable to one-month imprisonment or N100,000.

At the time of filing this report, the Attorney-General of Lagos, Moyo Onigbanjo SAN was leading the Prosecution for the State.

The defence counsel, Mr Abayomi Alagbada in his allocutus pleaded for leniency on grounds that the couple are first time offenders, adding that they are respectable members of society and have two young children.

Proceedings are ongoing, however, journalists were not allowed into the courtroom because the police authorities cited the need to maintain social distancing. 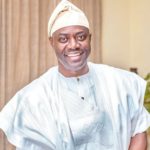 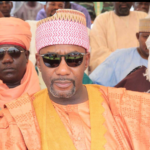