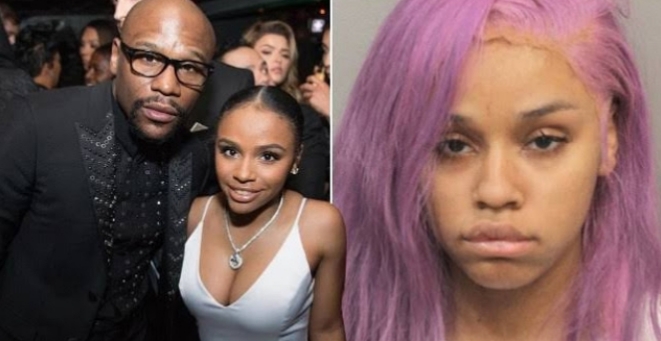 Retired American boxer, Floyd Mayweather’s 19-year-old daughter could spend decades in prison after being charged with aggravated assault with a deadly weapon following an altercation with her boyfriend NBA YoungBoy’s baby mama.

An altercation which reportedly occurred at the rapper’s Houston home on Saturday April 4, prompted a physical fight between the women. It was reported while arguing the two women made their way into the kitchen of Youngboy’s Houston home, where Mayweather picked up a knife and stabbed the Jacobs in the arms.

Iyanna Mayweather was arrested and booked into Harris County Jail after her alleged victim was rushed to a nearby hospital and underwent emergency surgery on her arms.

According to The Blast, Mayweather was charged with aggravated assault with a deadly weapon, a felony that can carry a heavy sentence. If convicted on the charge, Mayweather could be slapped with a $10,000 fine or receive up to 99 years in prison.

The Blast also added that it’s unlikely she will receive the maximum sentence, as she doesn’t appear to have a criminal history.

Mayweather is being represented by Kurt Schaffer, a famed attorney who has worked for celebrities like Slim Thug, Pimp C, and J Prince among others.

“Iyanna is doing fine; although she remains shaken by this unfortunate incident,” Schaffer told Bossip.

The attorney confirmed Mayweather will plead not guilty to the charge and he expects her to be “fully vindicated.” Mayweather is reportedly due back in court in August. 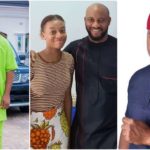