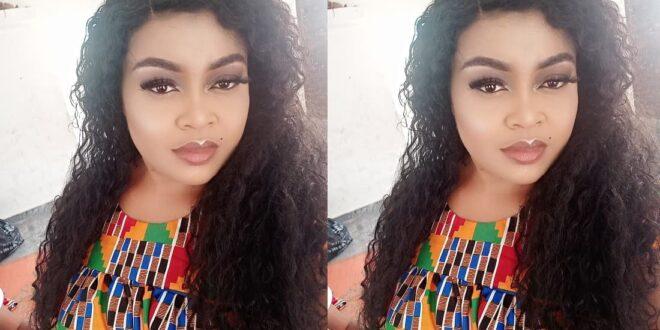 In her pre-wedding images, Nkiru Sylvanus, a Nollywood actress preparing for her wedding this year, revealed who her fiancé is.

Last year, The Site News revealed that the gifted actress was engaged. Without providing any information regarding her future husband, Nkiru tweeted a picture of her engagement ring.

As the couple countdown to their wedding day, Nkiru Sylvanus took to her Instagram page to share stunning pre-wedding photos. The actress, however, kept his face hidden, as she only showed his back view.

She captioned it with, “It’s about to go down!”.

Nkiru Sylvanus excited as she gets engaged

In December, congratulatory messages poured in as Nkiru Sylvanus announced that she was engaged.

The actress ended the year on a high note as she said yes to the love of her life.

The excited bride-to-be took to her Instagram page to show off her engagement ring.

Her comment section was flooded with congratulatory messages from her family, friends and colleagues.

Recall that The Site News revealed two years ago that Nkiru Sylvanus and her husband Stanley Duru allegedly had a falling out.

Nkiru reportedly married Stanley in 2014. Meanwhile, Stanley is the former husband to her colleague, Oge Okoye.

The Site News sources claim that their marriage has been in trouble since late 2019.

According to reports, Stanley was first Nkiru’s boyfriend before he dumped her for Oge Okoye, whom he later married.

Oge Okoye and Stanley’s marriage crashed, he later went back to Nkiru who he dumped for Oge.

He wedded Nkiru and their marriage lasted for only 5 years.

While he was Oge Okoye’s husband, she described him as God-fearing, understanding, loving and caring.

She also said that he was a big lover of parties, and the two of them used to go clubbing together.

However, after things fell apart, Okoye claimed that Stanley was, above all, a chronic alcoholic.

Nkiru and Stanley were reported to be going out before Oge came into the picture, but it did not work out.

It was reported that Okoye was the reason things did not work out between Duru and Sylvanus. She reportedly managed to get pregnant for the man in question.

At one point, she was a good friend of Nkiru’s, but she went behind her back to get her man and later married him and had his baby in Amsterdam.

The Site News is online top world valuable news website, We bringing you News in Entertainment, Politics, Sports, Education, Health,Tech & Lifestyle.
Previous “What your hate speech could cost you” Media personality, Daddy Freeze tells singer Brymo, makes recommendation for him
Next I’ve never thought it was beautiful for women to refer to themselves as Kings – Cynthia Morgan sends message to Tonto Dikeh, others 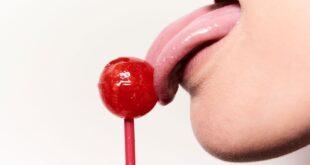 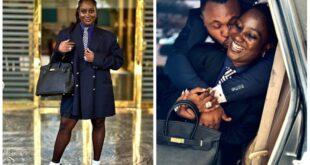 The world is changing, therefore social media has evolved into a place where people hang …