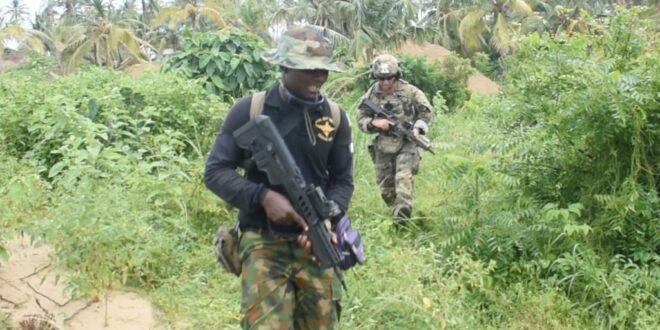 Many are killed in a failed ambush as ISWAP and Special Forces clash.

Numerous Islamic State of West Africa Province (ISWAP) terrorists are said to have been killed by 25 Task Force Brigade troops during Operation Hadin Kai in Damboa, Borno State.
According to The Site News, when terrorists attempted to ambush a troop convoy at Komala village on the Damboa to Maiduguri Road, they were successfully stopped by the troops.

According to Zagazola Makama, a counter-insurgency expert and security analyst in Lake Chad, intelligence sources revealed that the ISWAP insurgents on hilux trucks, MRAP and motorcycles, attacked the troops, who were on fighting patrol.

The sources, who said that the troops stwifly responded with a heavy gunfire, added that efforts of the Air Task Force and the ground troops led to the elimination of several of the insurgents, while others escaped with gunshot wounds.

The source said: “We also succeeded in collecting one Guntruck, MRAP as well as three three motorcycles from the terrorists.

“ISWAP terrorists have continued to suffer humiliating defeat in the hands of our troops. On January 13, the troops killed several of the terrorists and destroyed their MRAP when they attacked own troops in Azir.

“The baggers attempted to try their luck on us but God was on our side. The victory is very glaring.”

The Site News is online top world valuable news website, We bringing you News in Entertainment, Politics, Sports, Education, Health,Tech & Lifestyle.
Previous Why The North Should Vote For Tinubu – Gbajabiamila
Next What Mahmood Yakubu, the chairman of INEC, Said Prior to the 2023 Elections 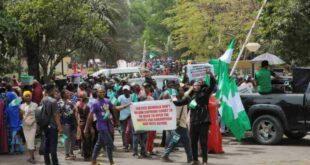 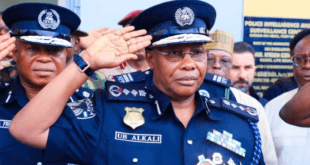