A dreaded robbery gang, One Million Boys wrote letters to Lagosians informing them of their intending robbery operations and demanded that residents should keep money for them or be prepared to lose their hands.

In the letter addressed to Lagosians, the robbery gang y stated that they were coming for robbery operations and that the residents should keep money for them and anyone who doesn’t comply, their hands will be cut off, P.M Express reports.

“We the undefeated One Million Boys will visit your area soon. Keep money for us and if you fail to do so, we will cut off your hands during the operations”.

Some of the areas the gang numbering hundreds with assorted weapons attacked previously includes Agege, Dopemu, Orisumbare, Idimu, Ejigbo, Ikotun, Isheri Oshun before they moved down to Orile, Mazamaza, Ojo and Ajegunle.

The Lagos Commissioner of Police, CP Hakeem Odumosu, has assured Lagosians of protection of lives and property in the State which he had been up and doing with his officers from various Commands and Divisions before now. But what surprised many was how the One Million Boys mobilized and organized themselves to beat security men across the State to cause havoc in some areas. 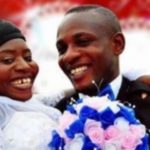 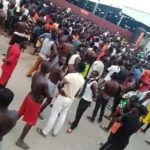