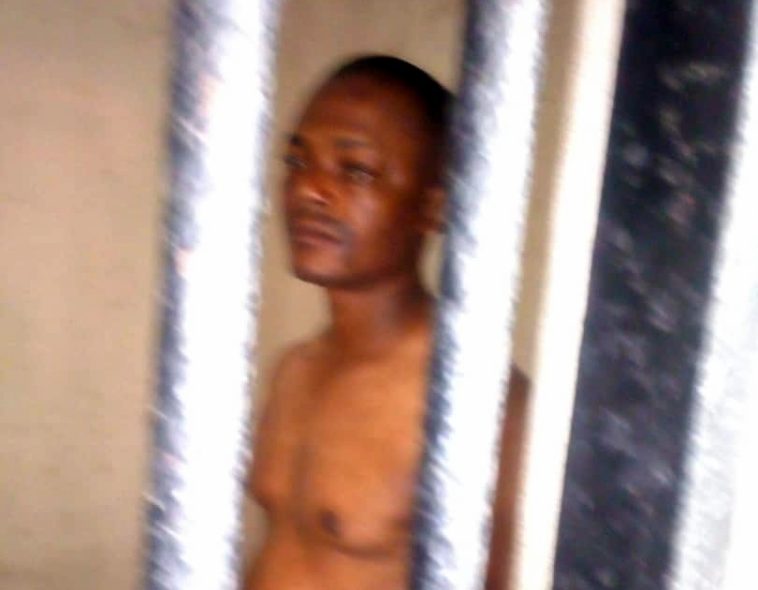 For the murder of a General, a corporal in the Nigerian army has been detained.

It was gathered that Corporal Abayomi Ebun hit and killed the Director of Finance at the Nigerian Armed Forces Resettlement Centre, NAFRC, Brig. Gen. James, at the NAFRC headquarters in Lagos.

Cpl. Ebun, who works at the Nigerian Army Resource Centre, NARC, was said to be on pass and traveled to Lagos to see his family knocked down the NAFRC Finance Director, while driving out of the Barracks.

Brigadier General James who was recently posted to Lagos from Abuja where he worked at the Army Headquarters Garrison was said to walking to his office from his official accommodation both located at the NAFRC headquarters and barracks when the Corporal, said to be speeding and driving recklessly crushed him from behind.

Sources said that immediately after the incident, the senior officer, was swiftly evacuated to the NAFRC Medical Center, where doctors at the Centre confirmed him dead.

After the incident, Military Police personnel arrested the Corporal Ebun and found that he was drunk, with eye-witnesses disclosing that he was driving recklessly inside the barracks

“He has been detained by the NAFRC provost for further investigation,”

Kayode Olagunju, welfare officer of the SEC 40, NIPSS, in a statement on Wednesday, confirmed the death of the brigadier-general.

“He died from injuries sustained from a knockdown on the road yesterday (15/11/22) evening in Lagos.

“May his soul rest in peace. Our condolences to the family, AANI, especially the SEC 40. May the Lord console all and grant the fortitude to bear this irreplaceable loss. So sad.”

According to PRNigeria, James, who was director of finance at the Nigerian Armed Forces Resettlement Centre (NAFRC) in Lagos, was killed by a “drunk corporal” who hit the army general from behind while he was walking to his house.

The corporal, a Nigerian Army personnel identified as Abayomi Ebun, has reportedly been detained, while investigation has commenced into the development.

In a statement issued on Wednesday by Sani Kukasheka, a retired brigadier-general and publicity secretary of the alumni institute of the NIPSS (AANI), the group expressed its condolences to the family of the deceased.

“The National President of the Alumni Association of the National Institute (AANI), former Inspector General of Police, MD Abubakar CFR NPOM mni, [is] deeply shocked and saddened by the heart-wrenching news of the passing away of one of the association’s illustrious and promising members, Brigadier General Ogbole Audu James mni, the Monitor General of Senior Executive Course (SEC) 40/2018, on Tuesday night at the Nigerian Armed Forces Resettlement Centre (NAFRC), Oshodi, Lagos,” the statement reads.

“Consequently, the President, on behalf of the National Executive Committee and the entire membership of the association, expresses his deepest condolences to the family, the Nigerian Army, the Armed Forces of Nigeria, the entire AANI, and the nation, over this monumental loss.

“There is no doubt an unfortunate incident has robbed AANI, the Armed Forces of Nigeria, and the nation of the services of one of its finest, most professional, patriotic, dedicated, humble, and quintessential gentleman senior military officer.

“Until his death, he was the Director of Finance and Accounts at the NAFRC in Oshodi, Lagos. He is survived by an ageing mother, a wife, and three children.

“Details of his burial will be announced later by the Nigerian Army in conjunction with the family.

“AANI members are kindly requested to show unwavering love and support by rallying around and being with his family at this time of sorrow, in prayers and visitation, and turning out en masse for the burial.

“May his gentle soul rest in peace, amen. May God also give the family, AANI, and the nation the courage and fortitude to bear the irreparable loss, amen.”