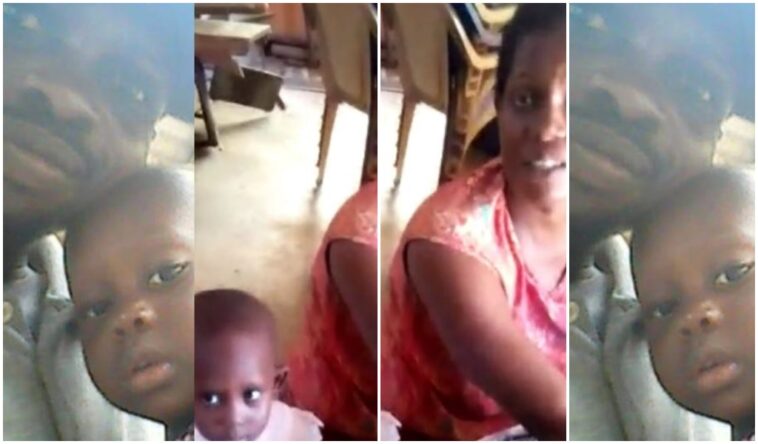 The family of 3-year-old Fatima Idowu who was rescued from a child trafficker who abducted her from Lagos have reacted to the video.

Fatima was abducted from the Agege Oke-Oba area in Lagos while her family was attending a naming ceremony on Tuesday, March 1.

Fatima was in her mother, Rashidat’s care at the time of the incident, a family member told LIB today. However, since it was her brother’s event, Rashidat had to join other relatives in serving food.

She left Fatima with other kids playing inside the compound while she went to serve the guests seated outside.

Later in the evening, after all the guests had been attended to, Rashidat returned to discover her daughter was no longer with other kids.

She called the child’s father Idowu Kamir to ask if he left with their daughter, but he didn’t.

They began searching for their child, going from the police station to the Oba’s Palace but nothing positive came out of their search.

Meanwhile, the kidnapper had taken the child all the way to Eastern Nigeria.

Fatima was found this week in Anambra with a woman named Chijioke Akuba.

Chijioke, from Odida Nnewichi, said she was to be paid N150K after the girl was sold.

Fortunately, she was nabbed before the sale could go through.

The family of Fatima said they have not been reunited with their child yet and only saw the child today, March 8, in a video shared on Instagram by LIB.

Below is a statement from Fatima’s family.