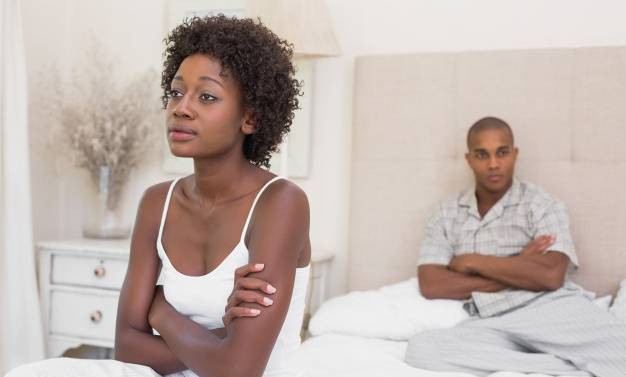 I have been in a relationship with this guy I met two years back. He is an exceptionally decent person. He is sweet to me and I love him to such an extent. We became connected before the end of last year and wedding plans have been going fine.
All these while, I have been keeping myself till marriage even though he sometimes try to seduce me, I just make sure we don’t do more than kissing or touching. Since that time, he has been saying he cannot wait till wedding night o…that he will enjoy everything I have denied him for almost 2 years.

I was worried and asked him what the problem is. He said nothing…he got up and left me on the bed. He came back a few seconds later and he looked at me with so much anger. He said these words: is this what I have been waiting for two years for?

I was surprised…what kind of question is this? He said…you kept yourself and deceived me. I was like…how did I deceive him? He said: my VJ is too wide…that he was practically swimming inside of me. He said he is so disappointed in me…that I am not a virtuous woman cos no woman who is not s*xually active with several men will have such a wide VJ like mine.

I couldn’t believe my ears. I stared at him horrified at his accusations. I broke down and started crying. He ignored me and did not touch me again throughout the night. It was a horrible night. He said thank God we have not done church wedding…that I tried to deceive him…

I told him…since we met…even since I got rededicated to God six years ago, I have not had sx with anyone. The only person I had sx with was my ex boyfriend and the secondary school class mate that dis-virgined me. I have kept myself since I realized it was a sin to have s*x outside marriage.

Now, my husband …whom I never slept with during our two year relationship…is not calling me a prostitute…that my VJ is so wide like an ocean???….he left me early next morning. I cried and told my elder sister. We called and called him…he refused to pick. Two days later,he sent me an sms that he is no longer interested.

I almost died when I read the sms. He just humiliated me. I told him I am ready to swear that I have never been with any man for almost 5 years. I do not know why he says I am too wide. I told him I was ready to go for medical examination…yet he said no way.

I was like…so s*x is the ultimate…what about the promises to love me and take care of me and everything else. It was our first time…maybe something happened…I suggested we try again and lets see if it will feel the same…he said no.

A family meeting was called last week and he attended with only one family member from his side. He spoke so badly of me in front of all of my family. Called me slut and all kinds of unprintable names. The eldest man in my family cautioned him and told him to watch his tone before he calmed down.

It was finally agreed that I take a medical text to know what is wrong with me. I did the text two days later…the gynecologist said that there is nothing wrong with the size of my VJ…that it could be that his own p*nis is small in size compared to my VJ but mine is an average size…nothing strange about my size.

It then occurred to me that I have never really seen the size of his manhood at close range. I only felt it that night. He was advised to go for examination as well which he refused. The doctor counselled us to forget about size and taught us ways with which we can still enjoy intercourse. It took alot of counselling.

But since then, my husband is still not talking to me. He has agreed to try and make things work based on the counselling from the doctor but it seems like the things he said has so affected us that he can’t even talk to me. Or maybe he is truly small down there? But I did not complain did I…he is the one making a huge deal of all these…

On my own…I feel so bad…he has not even apologized. He is giving me attitude like I should just accept that I maybe part of the problem. Ma, I lost all respect and love for this man. This humiliation is too much. He is not even showing remorse. Like he is doing me a favor by marrying me…

He has not even made any effort to sleep with me anymore…our white wedding is supposed to be in December. Is like we are begging him to marry me…his interest has really diminished. Mine too. I wish he could even just say he is sorry and that he is willing to try with me. No encouragement. No empathy. No tact…no kindness…and no s*x since…

How do we move forward like this? I need help…my biggest fear is if he does not show up on the wedding day…cos this his attitude is something I cannot place. I have fasted and prayed to God for direction. I am exhausted.

What should I do?. 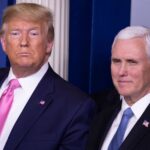 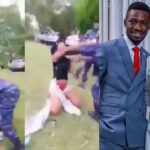