The Christian Association of Nigeria (CAN) chairman in Michika local government area of Adamawa State has confirmed the killing of Rev Lawan Andimi by Boko Haram terrorists.

According to Channels Television, Rev Andimi was abducted by Boko Haram on January 2 when the insurgents stormed the community to carry out an attack, in the process, whisked the Reverend away.

Confirming the killing of the abducted CAN Chairman, the Catholic Bishop of Yola Diocese, Bishop Dami Mamza described the murder of the clergy as gruesome and unfortunate.

Bishop Mamza who made the disclosure in an interview with some Journalists in Yola the Adamawa state capital said the insurgents had demanded for two million euros but still went ahead to executive the Pastor.

According to the Bishop, the killing was communicated to them through their contact.

He added that another pastor was abducted and killed almost the same time with the abducted Pastor from Michika.

Bishop Dami Mamza, however, said that Boko Haram is yet to be defeated and the government should tell Nigerians the truth.

Days after his abduction, Channels Television reported that Rev Andimi was seen in a viral video, begging the state government to intervene and secure his release.

He, however, declared that if it’s the will of God that he would not get out of captivity, the government should help him look after his children. 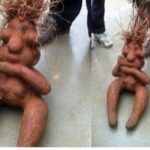 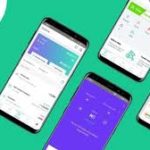