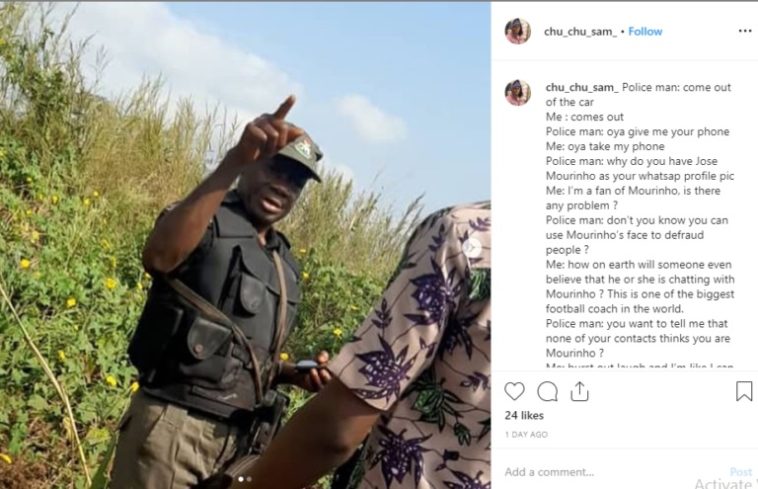 A Nigerian man has revealed how policemen tried arrest him for using football coach Mourinho as WhatsApp display picture.

According to the man, the police officers who stated that he could use the photo to defraud people in his contact list, threatened to arrest, torture and take him to the police station.

However, he was later freed after refusing to comply with their demand.

Police man: come out of the car
Me: comes out
Police man: oya give me your phone
Me: oya take my phone
Police man: why do you have Jose Mourinho as your whatsap profile pic
Me: I’m a fan of Mourinho, is there any problem ?
Police man: don’t you know you can use Mourinho’s face to defraud people ?
Me: how on earth will someone even believe that he or she is chatting with Mourinho ? This is one of the biggest football coach in the world.

Police man: you want to tell me that none of your contacts thinks you are Mourinho ?
Me: burst out laugh and I’m like I can borrow you my google to check who Mourinho is!
Police man: you are mad , you are a thief , criminal etc and I’m going to torture you ?
Me: tor gini? Say ? You are going to do what ? Torture me for what exactly ? Are you okay?
Police man: oya go and enter our car I will take you to our station , you will explain your business with Jose Mourinho.
Me: okay nah let’s go to the station

Police man: let’s settle here
Me: there is nothing to settle and I will gladly go to the station with you to find out exactly what i did.
After an hour and few mins of threatening and shouting
Police man: carry your wahala and go
You all will never believe how dumb and stupid most police men are till you actually have an encounter with them. 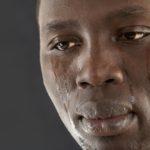 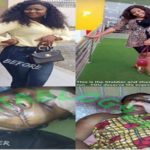