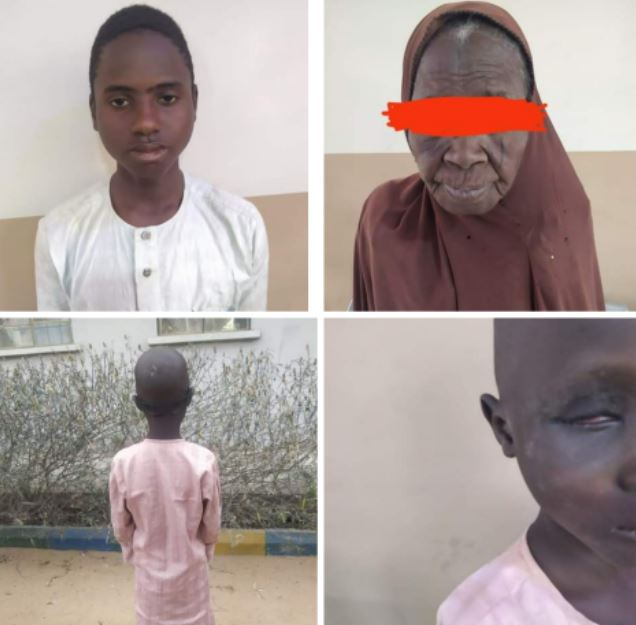 It happens that a 17-year-old boy, Isah Hassan, has been arrested alongside his accomplice, a 100-year-old woman for allegedly removing the right eyeball of a 12-year-old Almajiri boy for suspected charm purposes.

Spokesman of the state police command, SP Abdullahi Haruna-Kiyawa, who disclosed this in a statement on Wednesday, March 30, said that the victim was found by the roadside without his right eyeball and with blood coming out of the hole.

According to Kiyawa, the teenage suspect confessed to the crime, claiming that it was the elderly woman identified as Furera Abubakar, who instructed him to bring an eyeball of a human being to make a charm that would make him disappear.

The suspect said that he lured the victim to a nearby bush, tied his hands and forcefully used a sharp knife and plucked his right eyeball.

“On the 20/03/2022 at about 1500hrs, a report was received from a resident of Sheka Dantsinke Quarters, Kumbotso LGA Kano, that an unknown person took one Mustapha Yunusa, ‘m’, 12 years old to Rimin Hamza Quarters, Tarauni LGA, Kano State, used a sharp knife and removed his right eyeball and fled with it to an unknown destination,” the PPRO stated.

“The team immediately went to the scene and rushed the victim to Murtala Mohammed Specialist Hospital Kano, where a Medical Doctor confirmed that the eyeball of the victim was forcefully removed using a sharp object, and the victim was admitted to the said hospital.

“Sustained efforts coupled with prolonged intelligence follow-up led to the arrest of the principal suspect, one Isah Hassan, ‘m’, aged 17 years old, of Dantsinke layin Rimin Hamza Quarters Tarauni LGA, Kano State, with the help of local Vigilante of Sheka Quarters on the 29/03/2022 at about 0100hrs

“On investigation, the suspect confessed that he met his friend, Sani Abdulrahman, ‘m’, 16 years old, and asked him where he can get a charm that will make him be disappearing whenever he want. Sani directed him to his aged grandmother of 100 years old (as she claimed), one Furera Abubakar, ‘f’, of the same address.

“The principal suspect further confessed that he met Furera, and she instructed him to bring an eyeball of a human being to her so that he can prepare the charm for him. He went and deceived one street beggar (Almajiri), the victim, lured him to a nearby bush tied his hands and forcefully used a sharp knife and plucked his right eyeball.

“He took the eyeball to Furera and she told him to bring Five Hundred Naira (N500:00). As he did not have the money, Furera told him to keep it in a safer place and bring it when he get the money. He kept it for three days, later he discovered that the eyeball has decayed, and he then threw it away. Furera was subsequently arrested.

The Commissioner of Police has ordered that case has been transferred to the Command’s Criminal Investigation Department for discreet investigation. The suspect will be charged to court upon completion of the investigation

“CP Dikko warns that criminals will have no hiding place in Kano State. They are advised to either repent or leave the State completely, as no stone will be left unturned. Otherwise, they will be arrested and face the full wrath of the Law.” 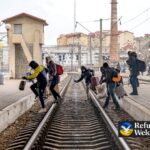 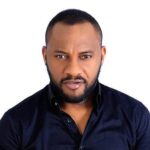