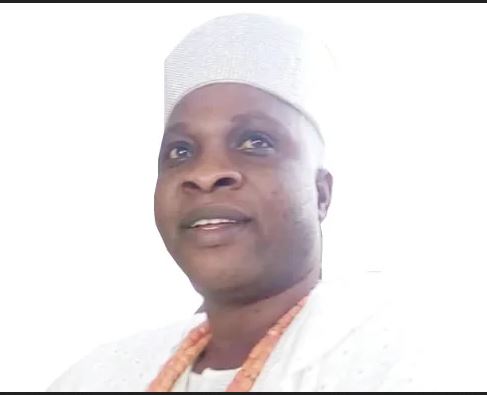 Last week, Oluwo of Iwo, Oba Abdulrasheed Akanbi, allegedly assaulted a monarch, Agbowu of Ogbaagba, Oba Dhikrulahi Akinropo, during a peace meeting organised to resolve a land issue in Iwo, Osun State. But while Akinropo insisted that he was assaulted, Akanbi said he acted in self-defence. Onigege of Igegeland, Oba Kazeem Adio Orioye, who was at the meeting in Ola-Oluwa Local Government Area of the state, tells BOLA BAMIGBOLA the genesis of the problem and what he witnessed at the meeting

There is a land dispute between some traditional rulers and the Oluwo of Iwo, Oba Abdulrasheed Akanbi. What exactly is the genesis of this problem?

Sometime last year, during Iwo Traditional Council meeting, Oluwo said he heard that Obas in the area were selling lands. He said monarch that wanted to sell land in his domain must get receipt at his palace in Iwo. We told him that such a thing had never happened before. Oluwo said we must collect receipt from his palace for every parcel of land that is sold.

What was the position of the Obas at the meeting?

We told him such a thing had never happened. When he wanted to start argument over the matter, we said as representatives of our various towns, we should be allowed to return home and inform our people. We told him we would deliver his message to them and bring feedback during our next meeting.

Did you do that during the next meeting?

Yes, we did. During our meeting the following month, we told Oluwo that we delivered his message to our people and that they said such thing could never happen. I told him that day that each compound in Iwo town also sold land and they did that without any form of challenge from Oluwo’s palace. Parcels of land used by petrol stations and other businesses in Iwo were sold to the owners of these businesses by individuals and not the palace of Oluwo. If people in Iwo where Oluwo’s primary domain is are allowed to sell lands for developmental purposes, why would you ask us in adjoining towns to come to your palace for receipts before we can sell lands in the towns where we reign as Obas?

Families have portions of land that belong to them and they enjoy a measure of control over it. The current Oluwo is not the first king to ascend the throne. What he wanted us to do was impossible. Our towns are independent towns with separate Obas. We ended that meeting without any fight. Before we left the venue, Oluwo announced that he would still call few of us for another meeting.

After that last meeting, we received summons over a petition written to Assistant Inspector General of Police, Zone XI, Osogbo (Bashir Makama) by Oluwo, who accused us of selling lands and threatening peoples’ lives. That was the reason why we went to the AIG last year. Ex-AIG, Zone XI (Oyebade), when he met with us, asked for what we wanted for peace to reign.

We told the AIG that we would not meet at Oluwo’s palace anymore because the security situation in the area didn’t favour us. He agreed that we should have another meeting inside Iwo Local Government Secretariat.

We were already waiting at the venue when we heard a noise heralding Oluwo’s arrival. He came to the venue with thugs. At a stage, the police and other people present made effort to stop the thugs from entering the venue, but they couldn’t handle the situation. We left the venue because our lives were in danger. Even the AIG had to leave the venue. Some thugs that mistook the car of the Chairman of Iwo Local Government Area (Kamoru Raji) for mine, broke the (side) mirror. They thought it was my car because I have the same brand of car that has the same colour.

So what do you think about the recent allegation that the Oluwo assaulted the Agbowu of Ogbagbaa?

He gave Oluwo two options as regards the land issue. The commissioner said if Oluwo had anything to prove the ownership of the land in other communities near Iwo, he should go to court and prove it. He also said since he represented the governor, he would have to go back to his principal and brief him. He said the governor would later invite us to have a discussion to settle the issue amicably.

Then the AIG thanked the commissioner because he was the one that didn’t allow us to waste too much time on the issue by providing necessary guide. The commissioner said the governor would be told to expedite arrangement and meet with us. The AIG also said after our meeting with the governor, our resolution should be communicated to him.

But while the AIG was still speaking, Oluwo stood up and started saying we were the ones selling lands. The Chairman of Iwo Local Government Area (Raji) sat between Oluwo and Agbowu. Oluwo suddenly left his seat, went to where Agbowu sat and started punching him. The effect of the punches was heavy on Agbowu and he put his head on the table in front of him. Still, Oluwo didn’t stop punching him. It was the AIG and the Officer-in-Charge (Legal) that rescued him.

The Oluwo said he acted in self-defence and that the Agbowu of Ogbagbaa tried to stick his staff in his eye, is that the case?

I believe there is a closed circuit television in the AIG’s office; they should play it to see what happened. The staff of Agbowu was on the table in front of him; he never touched it. Agbowu was not even aware that Oluwo was coming to attack him.

Oluwo also said that Agbowu called him a mad man…

Baba didn’t say anything like that. AIG was the one speaking at the time and it was not possible for anyone to speak while he was still on his feet.

What was Agbowu’s reaction after the attack?

He slumped and we took him to the hospital. He is fairly old. He had a wound on his cheek and was bleeding from there.

Oluwo backed his allegations that you the traditional rulers were selling lands with claims by some people from Ogbaagbaa and Ile-Ogbo who said their Obas had seized their lands. How would you react to that?

Oluwo is trying to cause friction between us and our people and we are trying to avoid that. Oluwo has been recruiting some of our tenants and using them against us. For instance, I installed a Baale in a village – Tootoo. By evening of the same day, Oluwo came in with his people and installed another person as Baale in the same village. The Baale I installed was beaten and stripped naked. It was the police that took him to the Area Commander’s office.

The case is still in court now. The suspects were remanded. The court did what it was supposed to do. There are some villages that fall under my town called Mogaji and Olukotun. My Oosa was chosen from Mogaji village, my Aro was chosen from Olukotun and they all pay tribute to me. We have receipts for this.

Oluwo has directed these people not to pay tribute to me again. Someone wants to use a parcel of land for poultry. Work had already commenced there but some people came at night and stole poles used for fencing there. That case is also in court. Oluwo has been using our tenants and sponsoring them to threaten us. There are up to 10 court cases that came about as a result of what Oluwo is doing.

Who do you think is to be blamed in the matter?

It is Oluwo because what is happening has never happened before. All the tenants that have been paying tribute or royalties to us are saying Oluwo asked them to stop.

Did the court affirm that these villages should be paying royalties to Onigege?

Yes, I have the judgment. The former Oluwo also passed a judgment affirming that in his palace.

Are you saying that Oluwo now wants them to be paying tribute or royalties to him?

He told them not to respect me anymore, that he owns them. He said they should be paying tribute to him and he also instructed them to be selling lands. They are selling lands and giving him returns.

Will advice will you give Agbowu?

I believe the indigenes of the town should not allow their Oba to suffer. If Oluwo could beat the Agbowu in public, what would he do to me? If it were to be me, he would shoot me.

What is the way out of this issue now?

The way out is for the government to take action and not continue to watch because traditional rulers are under the government. Government should not pamper one child at the expense of the others. They should come to our aid and save us from further maltreatment. Oluwo did something like this to Oluwo Oke. Some people went to the Oba’s shopping complex and destroyed the whole place then because he had a disagreement with Oluwo. 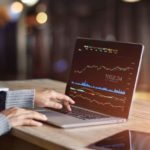 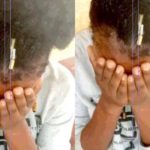