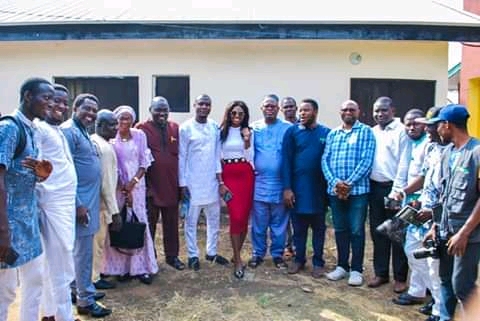 Penultimate Wednesday,the human rights activists, Lawmaker, Journalists,leaders of thought, Student leaders and others gathered at the 2020 International Anti-Corruption Day held in Osun State Secretariat of the Nigeria Union of Journalists(NUJ) ,Iwo/Ibadan road Osogbo,to chart a new path for the fight against the menace of corruption at a programme organized by the Centre for Sustained Dialogue,CSD, Nigeria.

The topics of the august event were ;”Youth,Drug and Crime in Nigeria,a Lawmaker perspective and Corruption,#Endsars Movement and future of Nigeria” by the Chief Whip of the Osun State House of Assembly.

A media practitioner and Youth activist, Mr. Ayo Ologun was moderator of the dialogue and the event also featured the presentation of award of excellence to the guest speakers and certificate of participation to the participants as well.

The gathering agreed that the
corruption, drug and Crime has assumed dangerous dimension among the Youths in Nigeria

Nigerian Youths have been urged to shun drug addiction, crime and other indulgence that is hazardous to their future, as drug is described as an inducer for crime.

This is as call-out has been made that Youth, Drug and Crime in the country need to be addressed and the addiction and crime nipped into the mud.

One of speakers at the event, the Chief Whip of the State House of Assembly, Hon. Tunde Olatunji
disclosed stated that youths were the most involved in corruption, a cause attained with the use of drugs such as codeine, tramadol and so on.

Adding that there is no corrupt country that can develop, he said corruption has remained one of the greatest obstacle to the attainment of potentials in Nigeria, highlighted pharmaceutical companies among others who fuels corruption through drug use by youths, which propels them into crime.

He stated that 70 to 75 percent of Youths are drug consumers, an inducer for crime alongside its health hazards, he called out to regulatory bodies not to look for symptoms of drug abuse, but to find the root cause of drug addiction, thereby saving the future leaders of tomorrow the agony of rehabilitation homes.

Hon Olatunji urged stakeholders to deliberately build the capacity of the youths, just as he emphasized that the content inside a youth will determine the purpose of the youth, build the youth from human being to human capacity,he stated.

Also speaking at the event, Dr Dayo Sobowale who spoke on Corruption, #EndSars Movement and Future of Nigeria, said the youth has to know and discover who they are, their value, the system and the government, for them to be able to utilize their purpose and future for themselves and the country.

He said the #EndSars protest was a lesson for all, added that the youths should create an identity, avoid health hazardous ventures, embrace healthy living, shun crime and corruption and attain a better life worthy of admiration as future ambassadors of Nigeria.

Sobowale called on governments to improve on value of the country and provide system that will protect all and sundry irrespective of class or stratas, added that Nigeria has not lost its value that people only need to understand it and improve on the value of it.

Similarly,Osun NUJ Chairman,Comrade Wasiu Ajadosu stated that the failure of the Nigeria system has been the bane of the country problem, saying that the leadership recruitment process in the land was faulty.

Ajadosu advocated for formidable and virile institution with prerequisite experience in political space.

Immediate past State Chairman of NUJ and Senior Special Adviser (SSA) on Mobilization to Governor Gboyega Oyetola,Comrade Kehinde Ayantunji, congratulated the organizer of the programme, urged the youths to exhibit the quality of knowledge in political process of the country.

Ayantunji explained that the youths of the country lost the opportunity to put the current leadership of the country on their toes through peaceful demonstration but failed to coordinate the #Endsars protest properly.

He advised the organizer to ensure the continuity of the conversation with training and retraining of the youths.

Earlier in his opening remarks, the Converner of the Centre(Dialogue 365), Comrade Waheed Saka, popularly known as “MAO” said the program was birthed out of concern for a better Nigeria free of corruption as present trend found among categories of citizens in the country, particularly governments and youths.

Comrade Saka also disclosed that the event was a public/citizen engagement platform of the Centre for Sustained Dialogue, Nigeria, the platform to bring diverse perception on core issues such as; politics, economy, human rights,gender,enterpreneurship, youth engagement and environment.

The rights activist further stressed that CSD, Nigeria, was formed in 2012 as a human and environmental rights group to promotes accountability, transparency, equality and integrity.

He said, the group was also Incorporated by the Corporate Affairs Commission (CAC) on 20th September,2019,with a mission to help in fighting, preventing, and eliminating corruption through capacity building, communication and advocacy.

Saka submitted that the CSD was a recognised Non-Government Organization (NGO) with United Nations Office on Drug and Crime( UNODC). 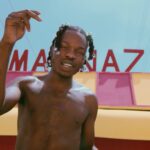 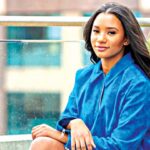