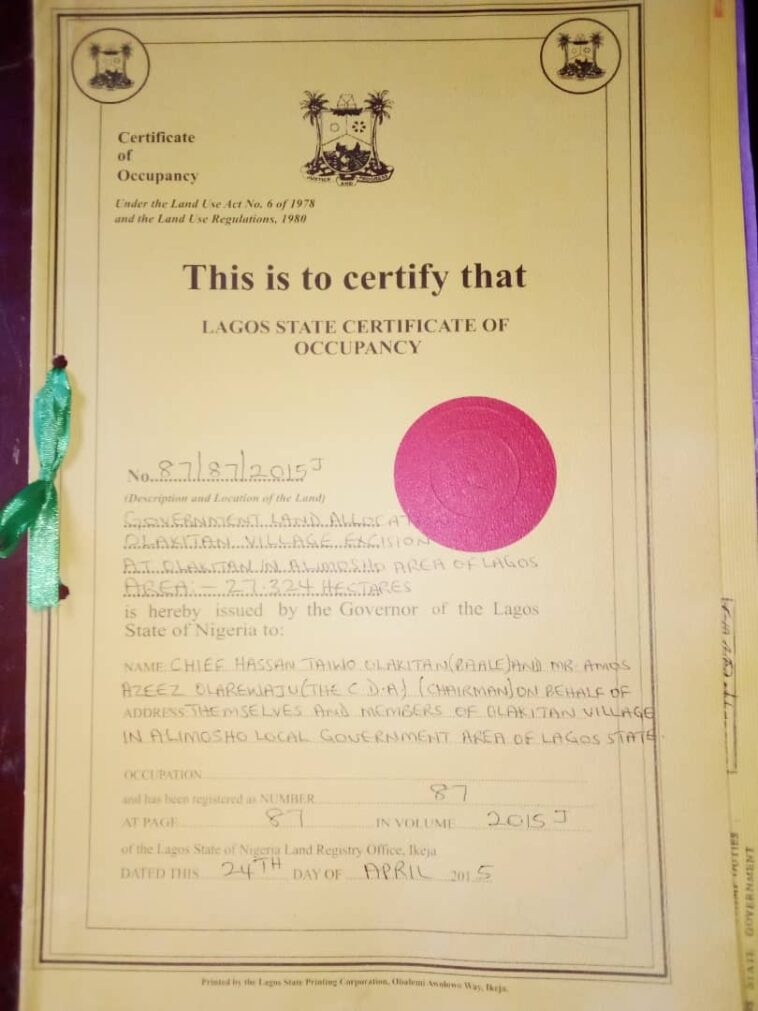 It was alleged that Chief Oyegun and his co-travelers had made frantic
efforts to take over the land covered the approximation of 72.42 acres
in the area illegally by detailing his few elements of Awogboro family
to be causing panic and crisis in the area because some of the people
living in the Olakitan Estate were loyalists of ruling APC National
Leader, Asiwaju Bola Ahmed Tinubu and the current administration in
the State.

The Plaintiffs (Oyegun and his cohorts) in a suit number:
FHC/L/CS/313/2014, challenged the Head(Baale) of the Olakitan Village,
Chief Hassan Taiwo, the Federal Ministry of Lands and Housing & Urban
Development, the Federal Attorney-General & Minister of Justice,
Executive of Governor of Lagos State,Lagos State Ministry of Housing,
Lagos State Ministry of Physical Planning &Urban Development, Lagos
State Attorney-General & Commissioner for Justice and Person Unknown
over the ownership of the land.But Oyegun and his co-travelers were
failed to prove their matter before the Court beyond reasonable doubt,
after which the Court struck out the matter.

Delivering his judgment, the Presiding Judge of the Lagos Division of
the Federal High Court, Justice Babs Kuewumi, disclosed that the Court
had listen to the argument of 5th & 8th defendants which were
Executive Governor and Attorney-General& Commissioner for Justice of
Lagos State respectively in the matter, praying the Court during the
proceeding of 10th day of June,2016, to strike out the suit for wants
of diligent prosecution with cost.

Justice Kuewumi granted the request and the suit was struck out for
wants of diligent prosecution and the cost of sum of N20, 000 were
awarded against Oyegun and his people but in favour of defendant which
the Court ensured that they (Plaintiffs) paid before taking any step
on the proceedings.

Earlier, the Lagos State Government issued the Certificate of
Occupancy (C of O) to Chief Hassan Taiwo Olakitan (Baale) and Mr. Amos
Azeez Olanrewaju, the C.D.A. Chairman, on behalf of themselves members
of Olakitan Village in Alimosho Local Government area of Lagos State,
adding that the community (Olakitan Estate) were given Certificate of
Occupancy (C of O) alongside of no fewer than Thirty-Nine (39)
communities in the State at the same day of 24th April, 2015.

Speaking on the controversy surrounding the Estate on Friday, the
Convener, Save Lagos Group (SLG),Comrade Adeniyi Alimi Sulaiman
commended the State Government for issuing the Certificate of
Occupancy (C of O) to the rightful owner of the community (Olakitan
Village) in 2015,urging the Intruders and hoodlums claiming otherwise
to stay away from the peaceful community.

Comrade Suleiman who maintained that the group would soon write on
behalf of the people of the community to the State Governor, Mr.
Babajide Sanwo-Olu to intimate him on the need to ensure that Oyegun
and his Co-travelers were not causing crisis in the State for
political reason.

He therefore urged the people of the community to be law abiding by
living in peace and continue with their legitimate life. 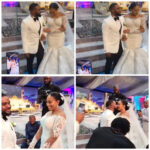 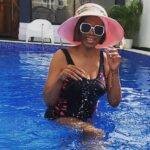