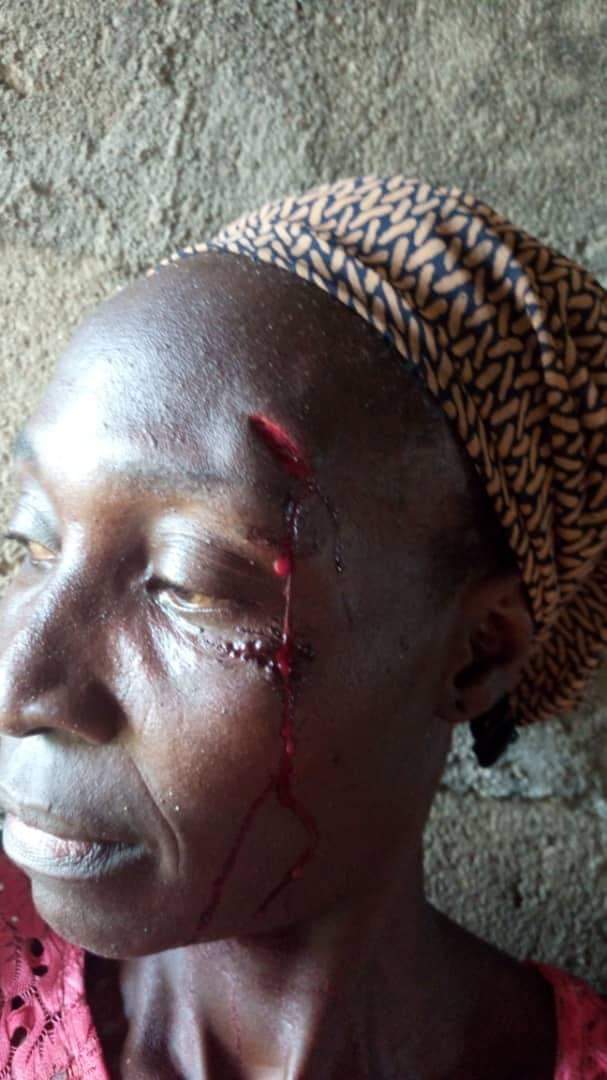 A human rights organization, the Centre for Human Rights and Social
Justice (CHRSJ) has urged the Lagos State Governor, Mr. Babajide
Sanwo-Olu, to caution the State Commissioner of Police, Mr. Hakeem
Odumosu(+2348033438179) over illegal and indiscriminate arrest of
innocent citizens of the State, saying that what the Police tagged as
general raiding in recent time, were just over-zealousness.

It stated that the call became imperative over illegal arrest of one
Mr. Oladipo Dada, a casual worker with the State Ministry of
Environment, during the purported and barbaric overzealous activities
of the men of Nigeria Police in the State tagged “General Raiding” of
the innocent citizens of the State.

The group that condemned the illegal and unlawful arrest of Mr.
Oladipo Dada on his way back home on Monday evening by the Police,
following the Governor Sanwo-Olu personally arrested of three
suspected arm robbers that nearly snatched a car from the owner at
Ojota area of the State on Monday.

It was learnt that Mr. Oladipo Dada (+2349093434254) was illegally
arrested by the men of Alakuko Divisional Police Station and
unlawfully detained till the time of filling this report without
allowing his family members to see him, particularly, his brother,
Mr.Kayode Dada (+234 7063408021 & +2348025022656), the action that
contrary to section 35 of the amended 1999 Constitution of the Federal
Republic of Nigeria.

Information at the CHRSJ disposal, was that Oladipo Dada has been
treated like common criminal by transferred him to different police
stations in the last 48 hours, instead of being granted bail or charge
him to Court, but the fear had gripped Alakuko Divisional Police
Station because Oladipo Dada did not commit any offence that could
warrant being charged to Court, adding that, Oladipo Dada has been
finally transferred to the State Command of the Police in Ikeja.

CHRSJ further alleged that CP Odumosu directed his men to be engaged
in general purported raiding of the entire State to douse the tension
of Governor Sanwo-Olu personally arrested an arm robbers on Monday
this week in the State, at Force Headquarters in Abuja, adding that
Odumosu also began undemocratic and unconstitutional raiding in the
State on Monday evening, to impress Governor Sanwo-Olu that he is
working so as not to recommend him for removal as Lagos State Police
boss.

It would be recalled that the Centre (CHRSJ) had earlier called for
immediate removal of Mr. Hakeem Odumosu by the Police authority in the
country, over illegal, unlawful, unconstitutional and undemocratic
arrest and detained of innocent citizens of the State beyond
constitutional stipulated time, by allowing criminals to have free day
across the length and breadth of the State.

Reacting on the development through a signed statement , the CHRSJ’s
Executive Chairman, Comrade Adeniyi Alimi Sulaiman and copies were
made available to newsmen on Wednesday, noted that Odumosu had shown
high level of incompetence and negligence of duty against the rules
and regulations guiding the Police officer in the land.

The rights activist added that CP Odumosu was not happy with the
recent passed bill by State House of Assembly, banning illegal
parading of suspects without guilty in the Court of competent
jurisdiction, commending the State House of Assembly led by Rt.
Honourable Mudasiru Obasa for saving the future of the innocent
citizens of the State from destruction by the security agents after
they might have discharged and acquitted by the law Court.

Sulaiman who doubles as Convener, Save Lagos Group (SLG), insisted
that the Police authority in the country should remove CP Hakeem
Odumosu from the State or be transferred to Adamawa,Borno, Yobe,Niger
and Benue States where they are having serious security challenges as
Super Cops, adding that CP Odumosu had committed many sins against the
innocent citizens of the State since assumption of office as Lagos
Police boss.

He also recalled how CP Odumosu and the State Police Public Relations
Officer(PPRO),Prince Muyiwa Adejobi(+2348037168147), ignored distress
call put to them when an harmless woman,Mrs. Funmilayo Ibikunle-Akanni
at Agboyi-Ketu area of the State were attacked by Soldiers and thugs
on Friday 2nd of April,2021,adding that Odumosu also shows
lackadaisical attitude and dereliction of duty on a matter involving
Lagos based Car dealer, Mallam Mustapha
Abdulfatai(+2349091480990/+2348063137192), which necessitated a CHRSJ
Petition Letter dated 8th day of June,2020, against Police
Inspector(Daniel) of Bode Thomas Police Station, one Bolaji ( claiming
to be cousin of Femi Gbajabiamila) of Surulere, Abubakar Ibrahim of
Iponri Estate and their driver with phone number:(+ 2348022376148),
adding that instead of the CP Odumosu to direct his men to do the
needful by conducting thoroughly investigation into the matter, they
just turned the matter against the complainant(Mallam Mustapha
Abdulfatai) and Editor of the Security News Media House, because one
of defendants claimed to be Cousin of Speaker, House of
Representatives, Mr. Femi Gbajabiamila. 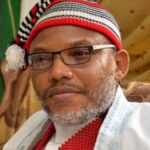 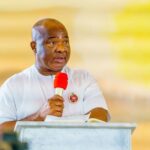