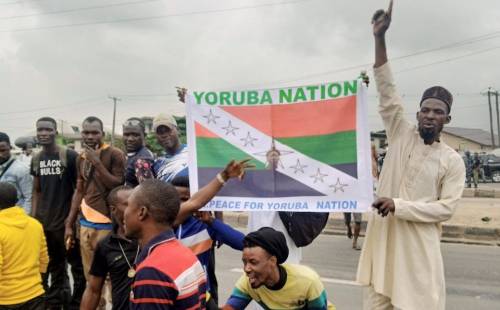 It has been revealed that the many Yoruba Nation agitators will hold a protest at the Parliament Square in London on Saturday to demand the release of embattled Yoruba activist, Sunday Adeyemo, aka Sunday Igboho.

This was disclosed by Olayomi Koiki, spokesman for Igboho on Friday.

According to Koiki, the protest will hold on July 31 at the Parliament Square starting from 11 am.

In a similar protest that was held a few days ago, the agitators were seen with various placards making their intentions known on the planned protest.

The placards majorly carried pictures of Igboho and the Yoruba nation flag while many of them recited the anthem of the proposed nation.

One of them was heard saying, “The reason we have converged here today is to let the international community know that on the 31st of July all over the world both in the Yoruba and Biafra nations, we are demonstrating.

”We are making our grievances known through protests so that the international community will know that what happened, especially in the Benin Republic whereby Chief Sunday Igboho Oosa, the defender and also the one calling for the emancipation and self-determination of the Yoruba race, was going to Germany through Cotonou from the tentacles of the Nigerian government and the Department of State Services.

”We all know what is happening in Nigeria, herders will destroy crops and when they are confronted by farmers, they kill them and Chief Sunday Igboho Oosa rose up to fight that. What wrong has he done?”

SaharaReporters had reported that the Benin Republic police two Mondays ago arrested Igboho at Cardinal Bernardin International Airport in Cotonou while trying to fly from the country to Germany.

The Department of State Services (DSS) had on July 1 raided the residence of the activist in Ibadan, Oyo state.

Igboho had planned to hold a ”Yoruba Nation Rally” in Lagos two days after the raid.

The agency alleged that Igboho was stockpiling weapons, and subsequently declared him wanted. 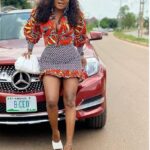 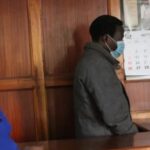