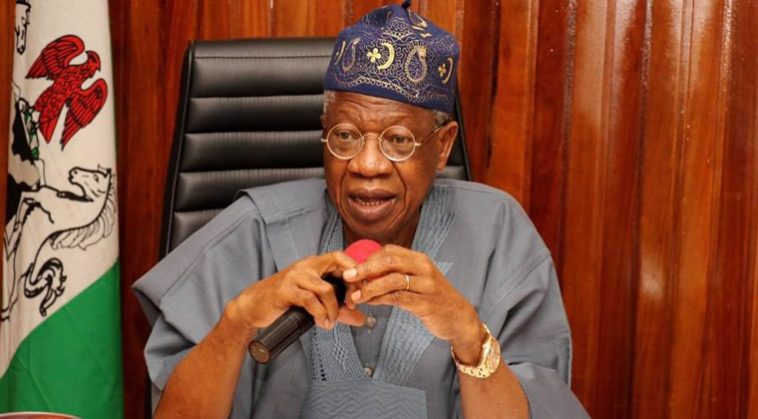 The rise in false news in Nigeria, according to Lai Mohammed, minister of information and culture, poses a serious threat to the 2023 general election.

According to him, the issue of insecurity, political thuggery vote buying, and attack on INEC facilities among others are considered the biggest threats to the elections but fake news and disinformation also constitute an equally-potent threat, because they are capable of hampering the success of the polls.

The Site News reports that the minister who identified fake news as the biggest threat to the 2023 polls, warned opposition parties against peddling fake news to woo voters.

Mohammed, at the ministerial scorecard presentation of the Minister of Interior, Ogbeni Rauf Aregbesola in Abuja, pointed out that fake news is “capable of hampering the success of the polls.”

He said the increasing trend of fake news and disinformation among some sections of the media is on the rise and has a great tendency to hinder the success of the election next year.

The minister also remarked that it was unfortunate that fake news has also been targeted at the presidential candidate of the All Progressives Congress (APC) Bola Tinubu.

He warned that fake news peddlers should desist from the act or face the wrath of the government if caught.

He submitted that “It is generally assumed that thuggery, insecurity, vote buying, attack on INEC facilities, etc, are the biggest threats to the elections.

‘’But fake news and disinformation constitute an equally-potent threat because they are capable of hampering the success of the polls.

”In recent times, we have all witnessed how a letter purportedly from INEC was used to cast aspersions on the candidate of the ruling All Progressive Congress (APC).

“Shortly after that, the death of an innocent man was turned into a political tool to further attack the same APC candidate.

”Of course, there have been other cases similar to the two I have just enumerated. This is a dangerous development which must be nipped in the bud.

”If the opposition has suddenly realised that they cannot match the ruling party in a free and fair election, and have thus decided to weaponize fake news and disinformation, the media should not allow itself to be used for that nefarious purpose.

”Since launching our national campaign against fake news, disinformation and hate speech, in 2018, our strategy has been to use persuasion and enlightenment, rather than coercion.

”And that was why we partnered with a number of media houses for the campaign. But it would seem as if that is not deterring those who are bent on using these (fake news and disinformation) as tools of destabilization, destruction and distortion.

”We have all seen the damage done to elections in other climes by fake news and disinformation.

“No government will sit by and allow anyone or any organisation to use fake news and disinformation to sow the seeds of discord.

“We are therefore compelled to warn the purveyors of fake news and disinformation, especially in the run-up to next year’s elections, to stop forthwith. Enough is enough.” 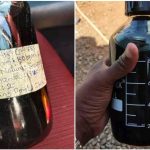 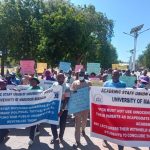