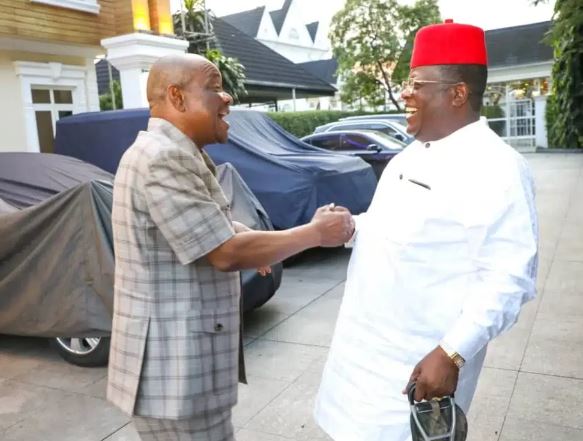 David Umahi, the governor of Ebonyi State, explained to Rivers State Governor Nyesom Wike why he left the People’s Democratic Party (PDP) and merged with the ruling All Progressives Congress (APC).

This comes after the duo met on Tuesday.

Recall that Umahi formally defected to the APC from PDP on Tuesday, November 17, 2020.

The Governor had claimed then that he moved to the ruling party because of injustice meted out to the Southeast by the PDP.

Two years ago, Umahi said he had no deal with the APC or any party member concerning the zoning of the presidential position to the southeast in 2023, as touted in some quarters.

Speaking, however, in Port Harcourt, Rivers State capital, on Tuesday after meeting with Governor Nyesom Wike, Umahi said he forsaw the future of the PDP two years ago.

Umahi was in Port Harcourt purposely for the project commissioning ceremony by Governor Wike scheduled for Tuesday, November 22, 2022.

Speaking on why he dumped PDP, Umahi said in Port Harcourt that he foresaw betrayal in the opposition camp, adding that he also saw before now that there wouldn’t be equity and justice in the party at a time like this.

The Ebonyi State Governor said this in reaction to the crisis rocking the PDP camp involving Governor Wike and his four allies seeking the removal of the party’s national chairman, Iyorchia Ayu, ahead of the 2023 general elections.

Addressing Wike, Umahi said: “You know your excellency. You may not know that I am also an Apostle and a Deacon.

“When I pulled out of PDP, I didn’t pull out of PDP because of you. We’ve been together, we always plan together, and we put Secondus together.

“Everybody to you is one and is about the soul of Nigeria. I commend you very very highly.” 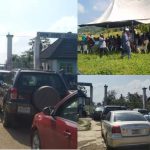 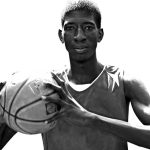