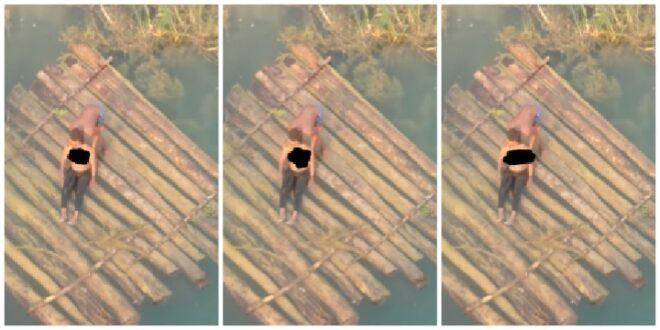 According to reports, a young woman tried to commit herself by plunging into a Delta State river from the Oghara-Benin bridge.
The woman, who is reportedly a student at the Delta State Polytechnic Otefe, Oghara, was rescued by a team of police and local hunters and taken to a hospital, according to a video posted on Facebook by activist Isreal Ojo.

Ojo stated that the incident occurred on Monday.

According to him, he was on his way from Benin when they saw someone jump from the high bridge into the river. They immediately parked their vehicle and raised an alarm.

He said, “I, in the company of my friend Jay Cee were returning from Benin when we saw someone jump from that high bridge into the river. We had to park on top of the bridge and raise an alarm.

“Fortunately there were some locals under the bridge that ran into the river heading straight down at the point she fell into.

“We also called the DPO Oghara CSP Hassan who mobilised men to the scene almost immediately. She was rescued and has been rushed to the Oghara Teaching Hospital.

“We do not know the reasons for her actions but gathered that she is a student of the Delta State Polytechnic Otefe, Oghara. The DPO and his team along with some federal hunters rushed her to the hospital.”

The Site News is online top world valuable news website, We bringing you News in Entertainment, Politics, Sports, Education, Health,Tech & Lifestyle.
Previous Daddy Freeze claims, “I Have Never Gave My Mother Money,” and explains why.
Next 50 attacks on INEC’s offices over a three-year period 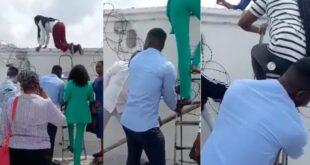 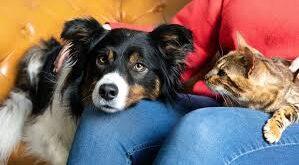