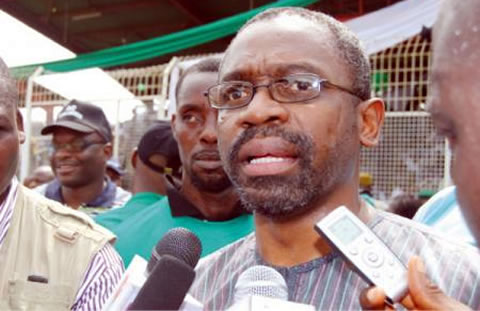 Why The North Should Vote For Tinubu – Gbajabiamila

The All Progressives Congress (APC) flagbearer, Bola Tinubu, should receive the North’s vote, according to House Speaker Femi Gbajabiamila, in order to demonstrate their allegiance to the president and the ruling party.
Gbajabiamila claimed that Tinubu had supported President Buhari in the last two elections and that it was time for the president’s supporters to do the same for the election in February.

The lawmaker stated this on Monday at the APC Presidential Campaign rally held at the Sir Abubakar Tafawa Balewa Stadium in Bauchi.

Also speaking, Senate President Ahmad Lawan asked the people of the state to reject the Peoples Democratic Party (PDP) having abandoned the North East to the Boko Haram insurgency.

The Senator opined that the PDP had abandoned vulnerable Nigerians in the Northeast region at the mercy of Boko Haram until the APC took over power in 2015.

He therefore commended President Buhari for technically eradicating insurgency in the region.

He said: “Mr President, our father, mentor, the PDP abandoned the Northeast to Boko Haram until you came into office.

“In 2015, when you were sworn in, you liberated us. We in the Northeast are the most important beneficiaries of your administration because Boko Haram was technically defeated by the time you came into power.”

The Site News is online top world valuable news website, We bringing you News in Entertainment, Politics, Sports, Education, Health,Tech & Lifestyle.
Previous With 32 days till the election, the PDP goes to court and requests that INEC delist Bola Tinubu
Next Many are killed in a failed ambush as ISWAP and Special Forces clash.