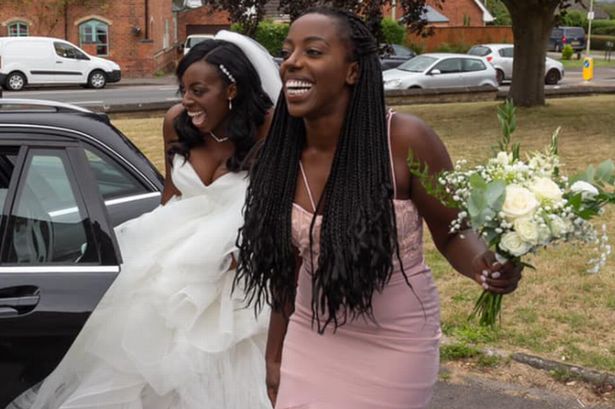 The story has been of a bride who had to stand by the side of the road and beg for a free ride to her own wedding after her bridal car broke down 25 minutes from the church.

The bride in Gloucestershire had to hitchhike to her own wedding after the bridal car she was in broke down.

Shenice Beirne was already running 20 minutes late to the ceremony – where the love of her life Sean Beirne waited nervously – when the chauffeur-driven vehicle suddenly ground to a halt.

Shenice said she “stood in her big white dress” at the side of the road trying to call taxis, but to no avail, reports GloucestershireLive.

The bride’s sister Siobhan Ellis stood alongside her trying to wave down passing cars.

Shenice later took to Facebook to describe the events, writing: “The most unimaginable thing happened to me on Saturday on my wedding day.
“My lovely wedding car broke down on the way to the church.

“Already running 20 minutes late and 25 minutes away from the church, the car decided to break down. After borrowing the chauffeur’s phone and ringing a couple of taxis who were extremely unhelpful what do I do?

Shenice continued: “My sister and I stood in the road in my big white dress waving down cars. We had one guy who stopped in a van who was so lovely but didn’t have space to take us so we continued to wave down cars.

“After around 15 minutes… yes 15 whole minute of cars and cars passing someone who was obviously on the way to their wedding haha, someone finally stopped to see if we were ok and offered us a lift to the church.

“They were coming from near Dudley for a trip to look around the Gloucester Quays. They were my guardian angels.”

The happy bride continued: “I honestly can not THANK them enough for stopping and taking the time out of their afternoon to give us a lift to the church. I am ever so grateful!!

“You guys are amazing!!”

The gorgeous Gloucester woman had initially shared her story in the hopes of finding the kind couple who saved her big day, and in a charming turn of events she later said that with the power of social media she managed to track them down. 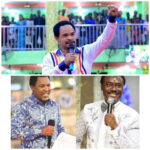 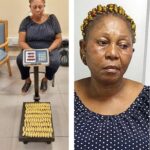