A 30-year-old Kenyan man has bagged a life sentence for having unlawful carnal knowledge of his 6-year-old daughter who was under his care.

Anazet Amukambwa Makokha was slapped with the jail term after Milimani Principle Magistrate Zainab Abdul found him guilty for commuting the offence with the minor.

Anazet is alleged to have committed the indecent act on May 26, 2019 at unknown place within Kibera Silanga area.

“I have looked at the evidence tabled before court by the prosecution and I’m satisfied that an offence was committed. It’s indeed shameful for the accused to commit such an act with his child. This should act as an example to others. I hereby sentence you to serve life imprisonment,” ruled the magistrate.

According to a police report, the accused went to his house and instructed other kids to go and play outside so that he could remain in the house to defile his daughter.

On May 27, 2019, the teacher of the minor noticed she had difficulty in walking and a foul smell.

She called the minor and asked her what had happened since she had a big stain at the back of her uniform. She told the teacher that her father forced her to have s3x with him.

The child was taken to Nairobi Women’s Hospital for treatment and was taken to Olympic Childrens home for protection and reported the matter to Capital Hill Police Station. 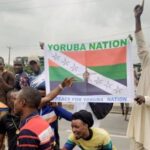 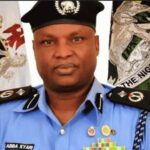