Sirhan Sirhan, 77, who was convicted of fist-degree murder, has served 53 years for murdering Kennedy, then a contender for the Democratic presidential nomination.

On Friday, August 27, a California parole board panel voted in favor of Sirhan B. Sirhan’s request for release from prison on parole.

It was Sirhan’s 16th parole hearing. Since California abolished capital punishment in 1972, and Sirhan’s sentence was changed to life, he has been eligible for release since 1975.

The decision by the parole board was a major victory for the 77-year-old prisoner, though it does not assure his release.

The ruling by the two-person panel at Sirhan’s 16th parole hearing will be reviewed over the next 90 days by the California Parole Board’s staff. Then it will be sent to the governor, who will have 30 days to decide whether to grant it, reverse it or modify it.

One of Kennedy’s sons, Douglas H. Kennedy, spoke in favor of Sirhan’s parole.

Douglas, who was a toddler when his father was gunned down in 1968, said, according to the Associated Press: “I really do believe any prisoner who is found to be not a threat to themselves or the world should be released. I believe that applies to everyone, every human being, including Mr. Sirhan. … I was very deeply moved by Mr. Sirhan’s expression of remorse and at times it brought tears to my eyes and affected me very deeply.”

Another son, Robert F. Kennedy Jr., sent a letter to the parole board Friday in support of Sirhan after learning that the Los Angeles County Sheriff’s Department had sent a letter opposing parole “on behalf of the Kennedy family.”

Robert Kennedy Jr. wrote: “Please know that that letter was not at the direction of the ‘family,’ and certainly not me. As you may know, I have been a strong advocate for the release of Mr. Sirhan B. Sirhan since I learned of evidence that was not presented to the court during his trial.”

After the ruling in favour of granting Sirhan parole, Robert Kennedy Jr. said: “My father, I think, would be really happy today. My father believed in compassion. The ideals of our justice system are the possibility of redemption and the importance of forgiveness. He didn’t believe the justice system was just about revenge.”

However, on Friday night, six of the nine surviving Kennedy children issued a statement strongly condemning the decision, and promising to challenge it “every step of the way.”

The six siblings wrote: “We are devastated that the man who murdered our father has been recommended for parole.

“We adamantly oppose the parole and release of Sirhan Sirhan and are shocked by a ruling that we believe ignores the standards of parole of a confessed, first-degree murderer in the state of California.”

The Kennedys urged the Parole Board or Newsom to reverse the panel’s recommendation, saying, “We are in disbelief that this man would be recommended for release.”

Paul Schrade was one of five people who were wounded in the shooting as they walked behind Kennedy, and Schrade has long believed that Sirhan shot him but did not shoot Kennedy.

After the ruling in favour of granting Sirhan parole, Schrade said: “I’m pleased that we’ve done this for Sirhan because he didn’t deserve all of the very bad behavior from the prison system and prosecutors and police. He was innocent and didn’t deserve this for 53 years.” 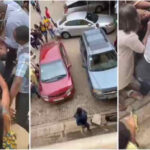